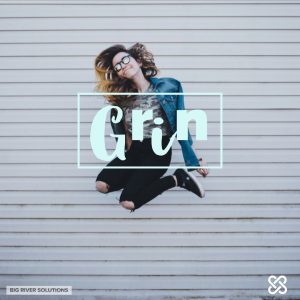 Peer to peer fun learning. How Fitbit was the catalyst that developed all these consumer markets and with it a tone of data Google wanted. If you make learning fun, the lessons stick.

At least that’s the principle of fun theory. Google ‘fun theory’ and you’ll find Volkswagen top of the list. Why? Because they were going through a drought in capabilities success and needed to up their game. So they went back to school to remind themselves how to make learning fun.

66% of learning messages are retained if you make the interaction fun. Which might explain why Google recently purchased Fitbit. The data insights Fitbit offered Google was too enticing. Fitbit’s worldwide audience has been tracking themselves for over a decade. How did Fit Bit capture that data?  They made a device and application that was easy to use, that created a peer to peer competition but that was above all, fun to live with.

Strava capitalised on Fitbit by developing the application of choice for active sports enthusiasts. Strava with Fitbit allowed peer to peer engagement whether you are running, swimming, cycling, walking. Fitbit and Strava made moving fun. The analytics were world-class and that is what Google bought last week.

Out of the love of monitoring our own health another market developed.

In recent years we have seen another evolution that could be attributable to the development of the wearables. Ready prepared meals have morphed into prepared ingredients in a box. Why? Amateur athletes extended their understanding of exercise nutrition. Amateur triathletes wanted personal meal plans and that’s where the Fitbit cames in. What hardcore amateur athletes consume will affect the Stava stats measured by Fitbit. Companies like Hello Fresh saw the opportunity to managed diets through subscription.

If your cycling 100’s of miles a week for that next triathlon, swimming for hours and running the miles in and on the expensive kit, nutrition becomes the next barrier to success. Fitbit was the catalyst that developed all these consumer markets and with it a tone of data Google wanted.

Insights are formed from monitoring habits that form trends. That’s what Fitbit developed and that’s why Google has spent $2.9 billion on buying Fitbit. So how do you get consumers to change habits and change behaviours?

Back in the day ‘the guilty pleasure’ was a well-worn technique. But Millenials are now too wise, too cynical and not so easily diverted. Or at least that’s what they would want you to believe. But hold on Facebook, WhatsApp and Instagram have become the new consumer addictions. The jury is still out on Twitter, but social campaigning and single-issue politics have changed how we all see the world. The more segmented we make the market the more one size doesn’t fit all.

Interpretive platforms now drive our social education and interaction allowing us all to benefit from instant engagement. And it’s all fun, or at least that’s a common perception. We all have a need to do well in what we do, that’s just human nature.

It used to be that fear and money were the primary motivators across the workforce, but that has to change when dealing with behaviour change. Fun theory initiatives are now everywhere in the workplace and with good reason. Where wellness rises to the top in the workplace it is necessary to embed behaviour change through peer to peer participation. Getting people to use the stairs as opposed to the lift has proven benefits in workplace health and wellness.

So next time you have to embed a behaviour change, sit back and ask yourself what you can do to bring some excitement and fun into the exercise. You will be surprised a the effect the change will have.

Any cookies that may not be particularly necessary for the website to function and is used specifically to collect user personal data via analytics, ads, other embedded contents are termed as non-necessary cookies. It is mandatory to procure user consent prior to running these cookies on your website.